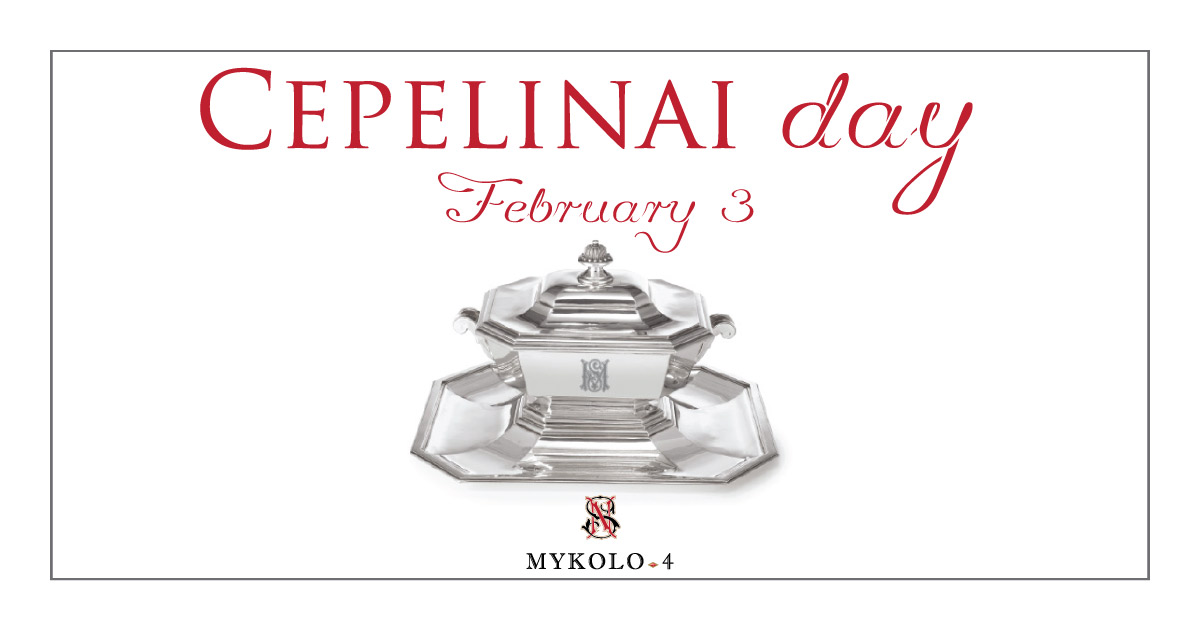 The “Cepelinai” day was declared by the Lithuanian-American community in 2014 during the Super Bowl championship when Juozas Vaiciunas, member of the Lithuanian-American community in Detroit, discovered that the ball has a surprisingly similar form to „Cepelinas“ – Lithuanian traditional meal. He came up with an idea to announce the international “Cepelinas“ day on Superbowl finals and encourage people to cook, taste and gather to eat it together.

Don’t miss a chance to taste cepelinai at Mykolo 4 on this occasion!